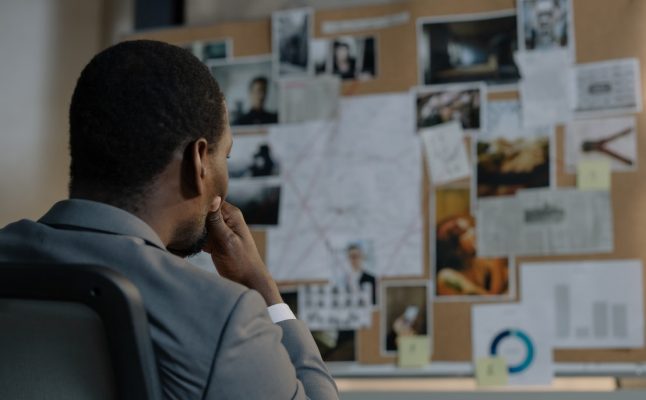 The complicated regulatory environment of the global financial services industry became even more complex as Russia launched a large-scale invasion of Ukraine earlier this year. The EU and a host of countries including the US and UK have since then imposed a barrage of sanctions against entities with direct and indirect links to the invasion including Russian politicians, government officials, military staff, businesspeople, and oligarchs.

These joint and coordinated restrictions have included foreign asset freezes, financial transaction limitations, and import and export bans. Due to the rapid changes in the nature and scope of these sanctions, banks operating in these Western jurisdictions with an obligation to abide by these regulations need to adopt a more proactive approach to compliance.

Such banks need an approach that allows them to quickly adapt sanctions screening and transaction monitoring strategies in order to account for the increased complexity. Firms that fail to do so risk breaching sanctions, which can result in fines of millions if not billions of dollars.

Sanctions imposed by Western nations and their allies continue to escalate

In addition to foreign currency restrictions and trade controls, the number and scope of sanctions issued against Russian entities have significantly expanded over recent months.

The US has imposed sanctions against Kremlin elites, oligarchs and Russia’s political and national security leaders. US persons have been prohibited from dealing with several Russian institutions and their subsidiaries, bans have been issued on new investments in Russia, and full blocking sanctions have been imposed on key companies owned by the Russian state including top state-owned and controlled TV networks. On top of sanctions against Russia, the US has broadened the scope of its restrictions to include Belarusian entities.

Restrictive measures imposed by the EU have expanded to include all 351 members of the Russian State Duma, high profile individuals, propagandists, and corporate entities. Major banks have been subject to transaction bans, corporations have been hit with EU capital market sanctions, and new investments in the Russian energy sector have been prohibited. Individuals connected to technology that could contribute to Russia’s defense and security sector have also been hit with tightened export restrictions, and several prominent Russian business executives have been prevented from doing business with companies that operate in the EU.

The UK has also continued to expand its Russia sanctions to include business executives, oligarchs, banks, and other corporate entities, especially state-owned enterprises participating in key strategic industries. Russian aviation and space companies have been barred from insuring and reinsuring their risks in the UK.

In order to bypass Western sanctions and safeguard financial assets, Russian entities are transferring their money to safe havens such as the UAE. Reuters reported a trend of Russian oligarchs and other sanctioned entities shifting their wealth from Europe to Dubai through high-value investments including real estate, businesses, and funds that conceal ownership information.

In addition to financial havens, other forms of sanction evasion strategies have been brought to light. The US, for example, says that it has uncovered the use of procurement networks such as the Serniya network, which operates through front companies across multiple jurisdictions to obfuscate activities by sanctioned entities including Russian military and intelligence agencies to purchase Western technology.

These front companies were reported to have procured dual-use equipment and technology, which can be used for both civilian and military purposes. Reports have also surfaced about German parts ending up in Russian military drones as a result of the Berlin government approving export licences for dual-use products.

In efforts to crack down on the Serniya network and similar schemes to bypass financial restrictions, the US imposed sanctions targeting Russia’s technology sector and the EU widened its restrictions to include Russian entities that act as intermediaries for the import of dual-use products. The US and UK have also expanded their sanctions lists to include friends, family members and confidants of some of the sanctioned Russian entities.

Financial institutions have also been requested to promptly report suspicious activity, while being provided with guidelines on detecting evasions. The Financial Crimes Enforcement Network (FinCEN) for example, published a list of red flag indicators of possible sanctions evasion activities to screen for.

Among them were the use of corporate vehicles such as shell companies to obscure ownership, source of funds, and the countries involved — particularly sanctioned jurisdictions; and the use of shell companies to conduct international wire transfers involving financial institutions in locations distinct from company registration. FinCEN also highlighted the use of third parties to shield the identity of sanctioned persons seeking to hide the origin or ownership of funds. Digital assets such as cryptocurrencies may also be used to conceal and transfer funds.

Other indicators include accounts with financial institutions that are experiencing a sudden rise in value being transferred to their respective areas; jurisdictions previously associated with Russian financial flows that are identified as having a notable recent increase in new company formations; newly established accounts that attempt to send or receive funds from a sanctioned institution or an institution removed from SWIFT; and non-routine foreign exchange transactions that may indirectly involve sanctioned Russian financial institutions.

It is apparent that in order to effectively screen entities against red flag indicators and uncover complex evasion schemes, firms will need to go beyond manual processes and simple rule-based automation, and utilise more advanced technologies such as AI.

While AI algorithms can help enhance sanctions screening processes, data quality plays a key role in determining the effectiveness of these intelligent models. This means that firms would need to have real-time access to the most up-to-date information from all data sources.

Using a Data Fabric approach to data integration, firms can seamlessly accomplish this while bypassing internal data silos and connecting with credible data providers. Rather than replicating and consolidating entity data into a single location, the Data Fabric approach enables firms to directly access data from the original source through data virtualisation. As a result, entity data is always up-to-date and accurate.

While integrating entity data, firms can leverage entity resolution enabled by knowledge graphs and machine learning algorithms to distinguish between entities with similar identifying information. Knowledge graphs build a unified view of entities and their relationships in real time, creating context around entity profiles and enabling firms to identify unique attributes associated with a particular entity.

Once entity profiles have been built — inclusive of regional/special characters, if any — firms can screen them against sanctions lists using AI techniques such as machine learning and natural language processing to discover exact and fuzzy matches. Using entity resolution, firms can also detect aliases of blocked entities in addition to their primary names mentioned on sanctions lists.

Natural language processing and machine learning algorithms can also be leveraged to analyse adverse media with mentions of sanctioned parties for possible hidden connections and information about their underlying activities. For instance, a news article may reveal associations between companies or individuals and a sanctioned party, as well as the types of activities that the parties being screened are engaged in.

By applying network analysis to knowledge graphs and building counterparty profiles using AI algorithms, firms can analyse the entities directly and indirectly associated with a particular entity based on KYC information and transaction history. This allows firms to detect entities that have connections with a sanctioned entity and to uncover shell companies that are directly or indirectly owned by sanctioned parties.

Firms can also leverage rule and behaviour-based scenarios to uncover patterns indicating illicit activity such as mirror trading. By augmenting these scenarios with behavioural analysis, firms can detect unusual money flows based on the entity’s transaction history, such as a sudden spike in funds being transferred to a jurisdiction identified as a financial haven.

Behavioural analysis can be further utilised to monitor activities involving entities that are highly likely to be exploited by sanctioned parties in evasion schemes. Unsanctioned Russian and Belarusian banks are examples of such entities, as well as import and export companies with access to the international financial system.

ELEMENT of Compliance is a complete solution that includes pKYC, Watchlist Screening, Adverse Media Monitoring, Transaction Monitoring and Transaction Intelligence. With a highly modular architecture, ELEMENT can be implemented as an end-to-end enterprise solution or a bespoke set of integrated solutions.

Raúl Antúnez de Mayolo Kreidler is VP Partnerships and Strategic Growth Initiatives. He is computer scientist with a masters degree in finance at LSE. He has 18 years’ experience in the banking industry specialising in fixed-income trading and portfolio management, financial institutions debt origination, and AML compliance strategy execution and implementation.

Nadee Wije is a Copywriter at BlackSwan Technologies. Certified in copywriting and content marketing, she has over 3 years of experience writing sales and marketing content for emerging B2B technology companies across the globe.

Find out more about how ELEMENT of Compliance can help your business by emailing us here.

Composable Business: Everything You Need to Know (BCS IT Now Magazine) 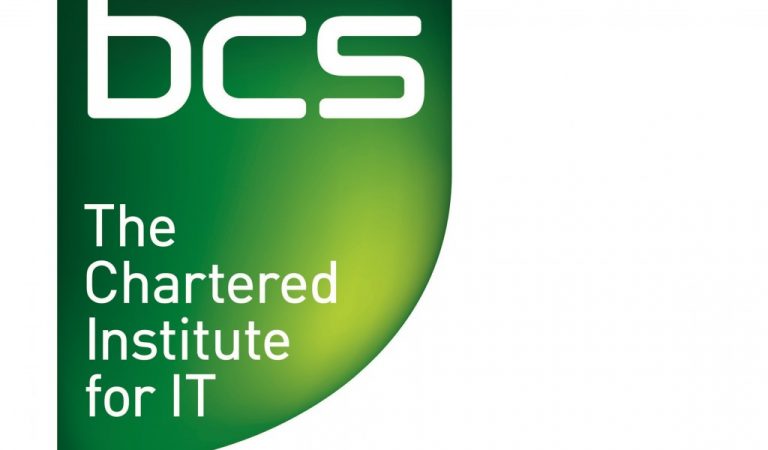 What is the Data Fabric? (BCS IT Now Magazine) 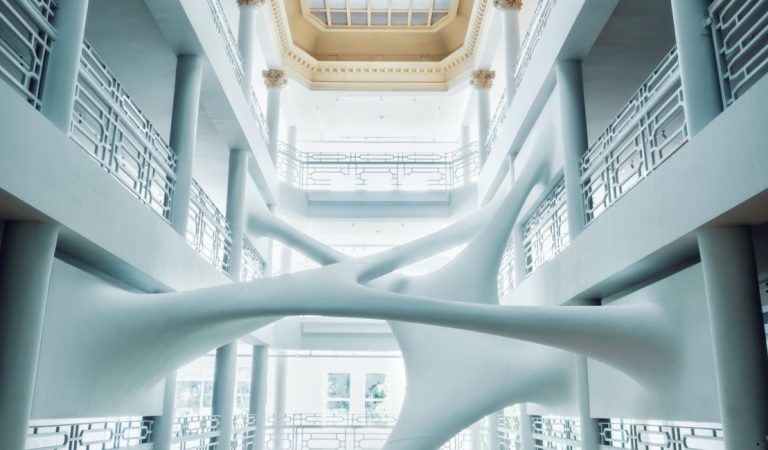